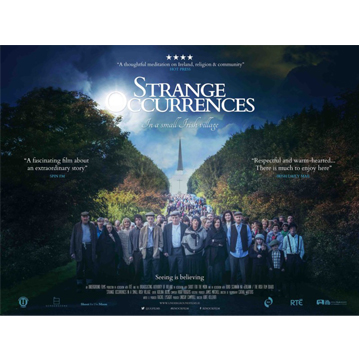 An examination of the phenomenon of Knock Shrine, the film comes from the team behind award-winning film ?One Million Dubliners?. In August 1879, fifteen people in the small village of Knock, County Mayo, claimed to witness an apparition of the Virgin Mary. After two official inquiries, the village was declared a Marian Shrine. Today, Knock?s 2,000 residents welcome over one million pilgrims annually. Directed by Aoife Kelleher, the film?s title is derived from the international press coverage at the time. In the film, we meet people with compelling stories ? people seeking cures; the eight sibling owners of rival religious merchandise shops; a woman relieved of multiple sclerosis during a 1970?s pilgrimage; feisty Mildred, advocate for gender parity for the shrine?s handmaids; and the staff of the Knock Marriage Bureau, the matchmakers behind one thousand marriages and counting. Father Richard has a vision of his own ? to bring Knock into the twenty-first century. The charismatic, outward-looking Parish Priest is on a mission to entice new transatlantic visitors via Knock Airport.