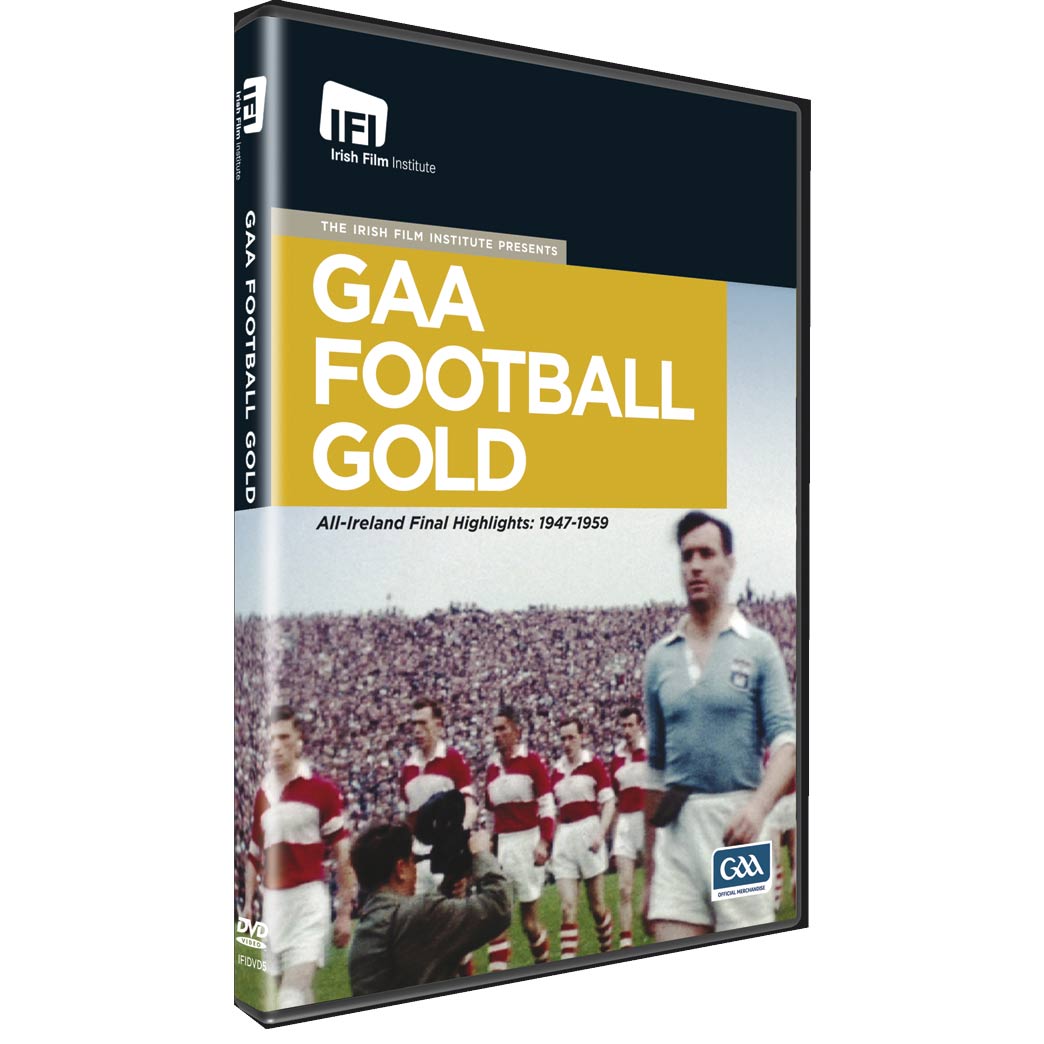 The GAA Football Gold DVD is the first time that the All- Ireland Football highlights from the National Film Institute (now the IFI) has been available to own at home. It follows the hugely successful GAA Hurling Gold DVD which was one of last Christmas must have stocking-fillers. The films capture a different era of gameplay and some of the greatest football players in GAA history such as Galways Frankie Stockwell and Seán Purcell, Corks Denis \"Toots\" Kelleher, Dublins Kevin Heffernen, Kerrys Mick OConnell and Seán Murphy; and Cavans Peter Donohoe, P.J Duke and John Joe OReilly. The DVD includes wins for Kerry, Meath, Dublin, Mayo and Galway as well as a golden era for Cavan football with three wins and a rare All-Ireland victory for Louth. The extraordinary atmosphere at Croke Park is well documented with capacity crowds being swelled by fence-jumpers, roof-walkers, canine pitch invaders, Bishops, Presidents and Taoisigh. The finals were occasions of huge national significance, the political and religious pageantry of the era are prominently highlighted while the footage of supporters arriving in Dublin and families gathered around the wireless back home provide priceless records of the social history of the time. Much of the commentary is provided by the legendary Michael OHehir whos infectious passion for the game and humourous style more than cover any hiccups in the emerging technology. The films have been painstakingly remastered and digitised by the staff of the IFI Irish Film Archive, who preserve the original film reels in their climate-controlled vaults. The Archive holds thousands of reels of commercial and amateur footage, a moving image record of Irelands history from 1897 to the present. The IFI ensures that this rich resource is shared with the public in as many ways as possible including research access, public screenings, and events in Dublin, nationally and internationally. The release of key titles on DVD is another way to make this rich material available to audiences.